From his time as a slave….to his escape…to his rise as a great politician and orator: This is his story, arranged with the blessing of the Douglass family themselves.

And it can’t be told without his conversation with the famous Abraham Lincoln, his friendship with the great women’s suffragette Susan B. Anthony, and his brotherhood with the determined abolitionist John Brown.

Get to know all these historic figures and others that affected his incredible life.

And hopefully be moved to make this a world equal to every human being, which was Mr. Douglass’s goal 200 years ago.

This will be a play that brings you back in time.

The costumes and music will be of the days of old. But most importantly, it will be a part of history that we don’t always share in the classrooms.

Born into slavery in February 1818, Frederick Douglass became one of the most outspoken advocates of abolition and women’s rights in the 19th century. Believing that “Right is of no sex, truth is of no color,” Douglass urged an immediate end to slavery and supported Elizabeth Cady Stanton, Susan B. Anthony, and other women’s rights activists in their crusade for woman suffrage.

Mr. Cargill was very gracious in granting permission to use his work.

Samber Productions also received the blessing of Mr. Douglass’ descendants and they are excited to see this play come to life.

It is such an honor to have his family’s support.

100% of the profits from the merchandise will go to their foundation- The Frederick Douglass Family Initiatives- and Samber Productions will donate as well.

Tickets are available in advance for $15 on EventBrite, or $20 at the door.

This is the first production of many more for Samber Productions. A different, exciting show is already slated for Halloween!

Samber Productions has found incredible local actors and crew to give you a show you will enjoy. But also attend to learn and educate, and to also show your support with ending racism.

Calendar & Giveaway Manager. Tiffany is a wife and mom to three active, hungry, growing boys. She thrives on organization, cooking and baking healthy food, as well as time spent with family. She lives in the Lakeshore area and enjoys all that West Michigan has to offer, but loves to travel, explore different areas, and photograph all of their adventures. 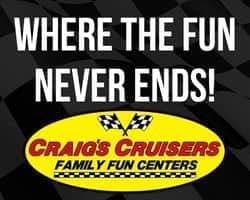 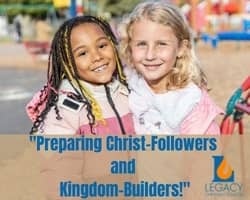